CBD And CBDA – What Is The Difference?

CBD And CBDA – What Is The Difference? 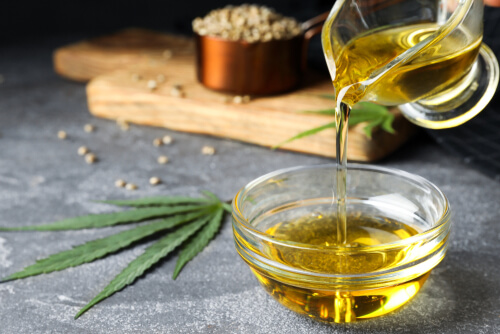 Cannabidiol (CBD) and cannabidiolic acid (CBDA) are two of the most abundant chemical compounds present in the hemp and marijuana plants. However, CBD is more popular than CBDA. CBD is well-known among people for its therapeutic properties. This non-psychoactive cannabinoid is used by millions of people for alleviating a wide range of health disorders.

Unlike THC, CBD does not provide any euphoric effects to the user. CBD products are federally legal in the United States as long as the amount of THC present in the products is within 0.3%. This amount of THC is not enough to create any psychoactive effects. So, consuming those products are safe.

The chemical structure of CBD is almost similar to THC. Both cannabinoids have the same number of hydrogen, carbon, and oxygen atoms. The difference comes in the arrangement of these atoms. This arrangement of the atoms is responsible for the various therapeutic effects of CBD in the body.

What Are The Benefits Of CBD?

Since its discovery in the year 1940, CBD has undergone several clinical and laboratory studies to find out how it affects the human body. The results of these studies were encouraging because now we know that CBD could be a potential treatment for health disorders like anxiety, arthritis, migraine, nausea, skin problems, epilepsy, insomnia, sciatica, dementia, autoimmune disorders, etc.

In recent years, CBD is used as a complementary treatment for cancer. The anti-emetic properties of CBD are very beneficial for alleviating the side effects of cancer treatment such as nausea, vomiting, loss of appetite, etc. CBD’s anti-inflammatory properties help treat inflammatory diseases and some gastrointestinal diseases.

The decarboxylation process can happen in a number of ways. It may happen when the cannabis material is heated for smoking or vaporizing. The process may also occur due to slow degradation overtime when the plant material is exposed to room temperature.

The CBDA will be converted into CBD by most of the consumption methods. That is why cannabis users are not much exposed to CBDA even though it is very much abundant in the raw cannabis plant. If you want to consume CBDA, you might want to use conventional consumption methods like tinctures, topical creams, etc.

For many years, scientists believed that the raw hemp only gets therapeutic properties once the CBDA is transformed into CBD through the thermal decarboxylation process. However, recent studies are showing that CBDA itself possesses some therapeutic benefits.

There is no doubt that the decarboxylated form of CBDA and other acidic forms of cannabinoids have more therapeutic potential because of their better interaction with the endocannabinoid system of our body. That is why, studies are more focused on finding the effects of THC and CBD, rather than CBDA and THCA.

CBDA is still not considered as a viable treatment for the health disorders that affect the human body even though it has demonstrated its therapeutic properties. The main reason why it is not widely used for medical purposes is that it is an unstable compound and it degrades over time at room temperature.

In recent years, scientists have found a way to make CBDA more stable and retain their therapeutic properties. Scientists have stabilized CBDA by converting it into a derivative of methyl ester. This derivative is known as cannabidiolic acid methyl ester. Animal testing of this new compound shows that it still retains its ability to reduce anxiety.

Tags: Benefits Of CBDbenefits of CBDA